Utklippan – the lighthouse at Sweden's Bay of Biscay

Whether a lighthouse should be built on the rocky islet of Utklipporna, Hanöbukten, some 30 km south of Karlskrona, was an issue discussed frequently in the 18th century. 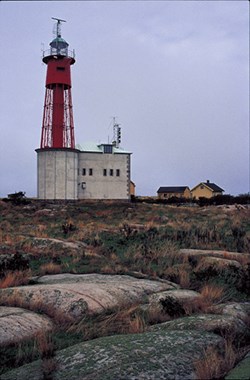 Two temporary coal-fired beacons were erected during the war against Napoleon, but these were extinguished after a few years. As Karlskrona was the home port of the Swedish Navy, the government did not want to mark out the fairway as this would allow the enemy to use it.