The key strategic STM enabler Flow Management is implemented and evaluated in real use and the enabler Port Collaborative Decision Making is made operational in two ports, perhaps the first in the world. EfficientFlow has a total budget of 4.5 million euro and runs from 2018-2021. 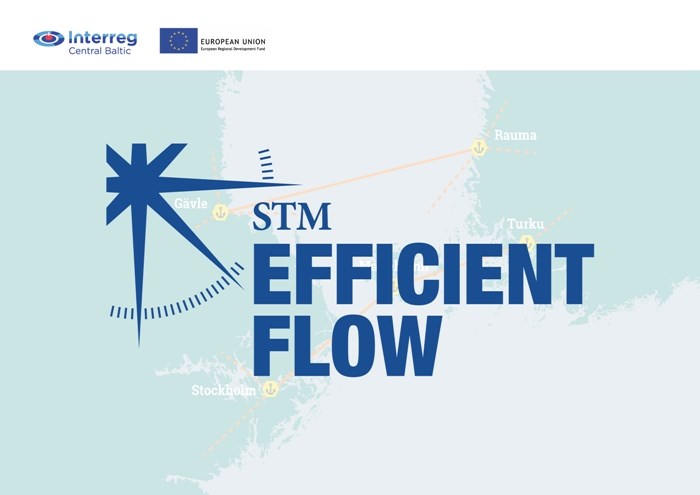 The ports of Rauma and Gävle will each implement port collaboration solutions enabling co-ordinated port call planning among the port actors, helping each actor to optimise resource utilisation. The solution will also help synchronisation of the port call with the arriving ships and with hinterland operations.

The Satakunta University of Applied Sciences, SAMK, is leading the work package from their campus in Rauma. Commercial solutions for port collaborative decision making will be procured in Gävle and Rauma respectively. All actors in the port cluster will be involved and the container terminal operators Yilport and Europort see the value-add from the Project as a complement their investments in the physical infrastructure.

The flow management part of the project uses the shared real-time voyage plans from the Ro-Pax ferries and other traffic between Finland and Sweden for better timing at the many narrow passages where only one ship at a time can pass. The goal is to eliminate all waiting times at those passages, which is a safety risk in itself, and instead adjust speed to always arrive when those passages are free to use. This will definitely save bunker fuel and emissions and possibly reduce erosion.

The Swedish Maritime Administration, SMA, is leading the work package. The Swedish VTS in Södertälje and the Finnish VTS in Turku will support all ships with (or without) STM-enabled navigation systems.