Regular hydrographic surveying and positioning of navigational aids is necessary in order to ensure the accuracy of our charts. SMA is certified in accordance to ISO 9001:2000, which entails continuous updates of our bathymetric and nautical chart databases. 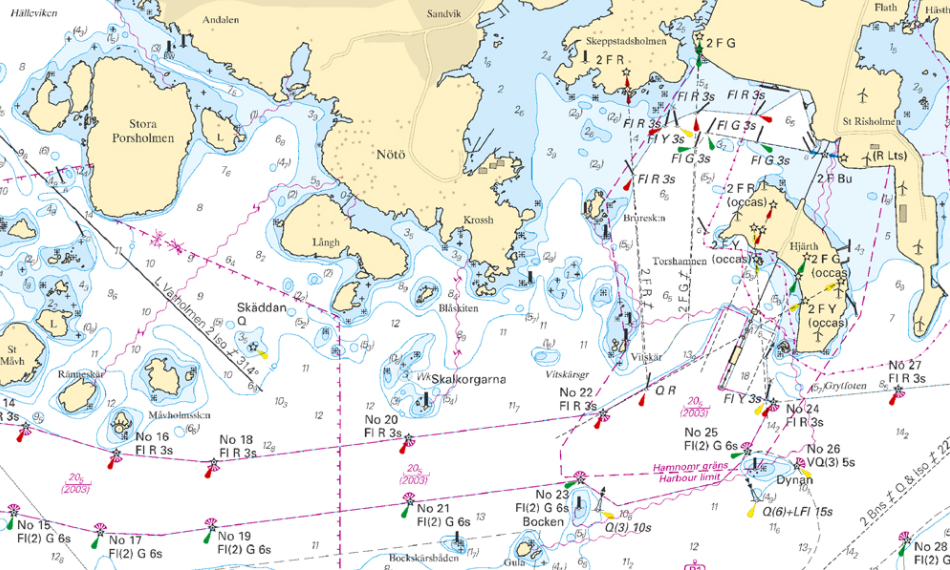 The database is based on the S-57 standard, which is set by the International Hydrographic Organization (IHO) for electronic nautical chart data. The S57 standard is used by hydrographic offices around the globe.

The database was built up by digitising the existing paper charts in the 1990’s, which means that data remaining from this time is of the same quality as then. The production chain is now fully digitized and the database is continuously being improved with modern hydrographic surveys, where focus is placed on densely trafficked fairways in order to ensure vessel safety.

The bathymetry database stores analysed and evaluated hydrographic surveys as well as depths from digitised charts where no modern surveys exist. Nearly all modern surveys comply with the international standard S-44. With this data we can produce 3D models and cross-sections of areas of interest.

Notices to Mariners (NtM) are released on a weekly basis in order to relay updates made in the nautical chart database to chart users. The notices and information regarding chart editions can be found on the SMA website, where the information is updated daily.